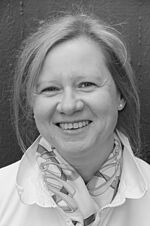 My research focuses on the investigation of functional networks subserving motor control in healthy subjects as well as in patients with movement disorders like Parkinson’s disease. To this end, I adopt magentoencephalography (MEG) which allows the characterization of brain networks with a precision in the range of milliseconds. Moreover, I apply transcranial direct and alternating current stimulation (tDCS, tACS) and transcranial magnetic stimulation (TMS) in order to affect motor networks. These methods reveal the possibility to transiently and non-invasively modulate neural activity in focal brain regions. Hereby, the causal role of a given cortical region can be established by directly investigating the relation between behavioural changes following stimulation with a respective brain site.

Currently, I investigate changes of motor control networks during healthy aging. Since it is well established that motor functions decline with age, it is reasonable that such changes are related to alterations of the underlying network. In a recent study, we found the communication between the primary motor cortex and forehand muscles to be increased suggesting stronger motor cortical involvement in elderly subjects during the execution of simple motor tasks. Interestingly, changes were particularly found in subjects aged between 40 and 50 years possibly indicating an early marker of seniority. In the future, we will extend this research by investigating the effect of physical training on functional networks which possibly allows a shift of early age-related changes to later decades and hereby preventing subjects from early onset of motor disturbances.