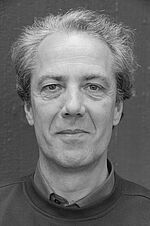 The Gottmann lab is interested in both basic neurobiological research and translational neuroscience.

Our basic research projects are centered around the function of synaptic adhesion molecules in synapse formation, maturation and plasticity. For example, we are analysing the molecular cooperation of several adhesion systems in the control of presynaptic vesicle clustering. In addition, we are studying the roles of adhesion proteins at mature synapses and in long-term stability of synapses.