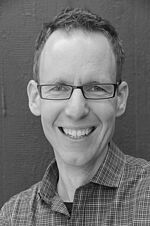 The aggregation of proteins into amyloid fibril deposits is a pathological feature of various diseases, including nearly every major neurodegenerative disease such as Alzheimer and Parkinson. We are interested in the mechanism of amyloid formation, and investigate how it can be modulated. For this purpose, we employ a wide range of techniques in the area of biophysics, biochemistry, and molecular biology.

Amyloid formation is a multi-step reaction, characterized by the presence of diverse transient oligomeric states and multiple fibril polymorphs of distinct structure. We take a detailed look at the individual reaction steps and species. For example, we use TIRF microscopy to follow fibril elongation in real-time, we test the stability of oligomers by fluorescent reporters, and we investigate amyloid fibril structure by state-of-the-art structural biology techniques.

Several disease-related aggregating proteins belong to the class of intrinsically disordered proteins (IDPs). IDPs lack a defined globular structure, but can transiently adopt preferred conformations. We have identified β-hairpin motifs in amyloid-β (Aβ, associated with Alzheimer disease), α-synuclein (associated with Parkinson disease), and islet amyloid polypeptide (IAPP, associated with type 2 diabetes), which are established upon binding to engineered binding proteins. We determine the impact of such motifs on the aggregation reaction and on molecular recognition of amyloidogenic IDPs.

We investigate inhibitory effects on amyloid formation, including those of naturally occurring protein modifications. We generate small binding proteins, termed beta-wrapins, with affinities for α-synuclein, IAPP, and Aβ. Beta-wrapins inhibit aggregation and toxicity of the target proteins. Beta-wrapins act by interfering with the nucleation of aggregation and shifting the equilibrium to the monomeric, soluble state. We investigate if such agents are able to interfere with the pathological seeding and spreading of protein aggregates.