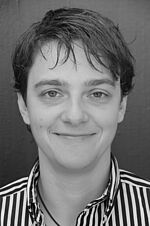 The spatio-temporal interactions of cytokine producing cells with the pathogen and with the target cells of the cytokine in the host organism are crucial events for the outcome of an immune response. We utilize and generate fluorescence cytokine reporter mice eg. for IL-4, IL-12p40, and IFNβ, that report cytokine producing cells within complex immune reactions. Type I interferons are currently one focus of our research as they are functionally placed at the interface between innate and adaptive immune responses against infections. Amongst them most prominently IFNβ is also critically involved in autoimmune diseases like multiple sclerosis. The IFNβ/YFP reporter mouse for the first time allows the direct visualization of IFNβ producing cells and the definition of their functions in in vivo disease models. These findings can contribute to the development of novel therapeutic and vaccination strategies.

Due to a lack in the availability of sufficiently sensitive methods, the identity and functional characteristics of type I interferon producing cells is still widely unknown. We recently generated a fluorescence IFNβ reporter “knock-in” mouse that expresses YFP from a bicistronic transcript under the control of the endogenous control elements inside the ifnb gene. This allows for the first time the visualization of IFNβ producing cells – and simultaneously their cellular or microbial interaction partners - and the definition of their functional roles in complex immunological disease models in vivo. We are interrogating these IFNβ reporter mice in viral (murine cytomegalovirus, vesicular stomatitis virus), bacterial (Listeria monocytogenes) and parasitic (Toxoplasma gondii) infection models and the mouse model for multiple sclerosis

Our previous studies revealed that IFNβ production after TLR9 stimulation in vivo is restricted to plasmacytoid dendritic cells (pDCs), the professional type I IFN producers. However, the IFNβ producers comprise less than 10% of all pDCs. To elucidate a possible specialized gene expression profile we performed a transcriptome analysis on ex vivo sorted IFNβ/YFP+ vs. IFNβ/YFP- pDCs from reporter mice and showed that more than 1500 genes were differentially expressed. Therefore IFNβ expression defines a subpopulation of pDCs which is unique not only with regard to the secretion of IFNβ and direct response genes but also in the expression of other immune-relevant factors and other transcripts until now not implicated in immune functions. We are elucidating the special functional properties of IFNβ-expressing pDCs and novel regulatory pathways of type I IFN expression.

An additional field of research in the lab is the analysis of the immunological functions of members of the tumor necrosis factor (TNF) superfamily. Studies on single or multiple gene-deficient mouse models are focusing on the role of LIGHT and HVEM in differentiation and activation of innate immune cell populations like granulocytes or monocytes and their functional roles in bacterial infection models like Listeria monocytogenes.